The Sun Chariot of Trundholm is a late Bronze Age artefact, which is dated to the 14th and the 15th centuries BC. It was discovered in 1902 in the Trundholm moor near Nykøbing Sjælland, Denmark.

The existence of a model of a horse-drawn vehicle on spoked wheels in Northern Europe at such an early time is very unusual, as the earliest known actual chariots (as opposed to ox-drawn carts without spokes) in Europe are from the Iron Age, dating from c. the 6th century BC.

The disk has a diameter of ca. 25 cm, and is gilded on only one side, the right-hand one relative to the horse. This has been interpreted as an indication of the belief that the Sun is drawn across the heavens from East to West during the day, showing its bright side, and back from West to East during the night, showing its dark side. 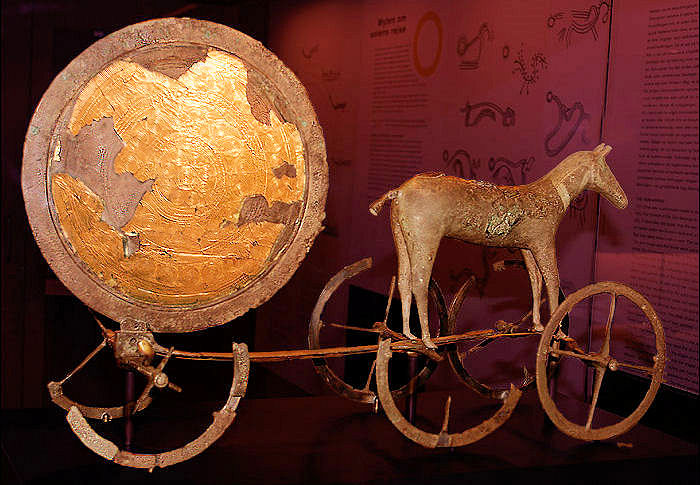 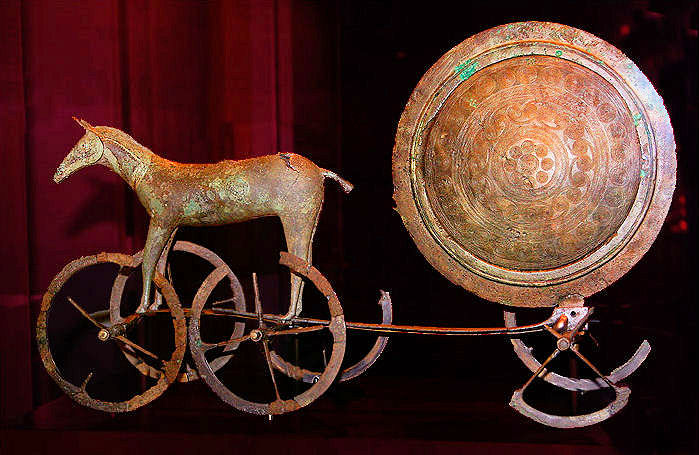