A Possible Shaman Staff from Finland 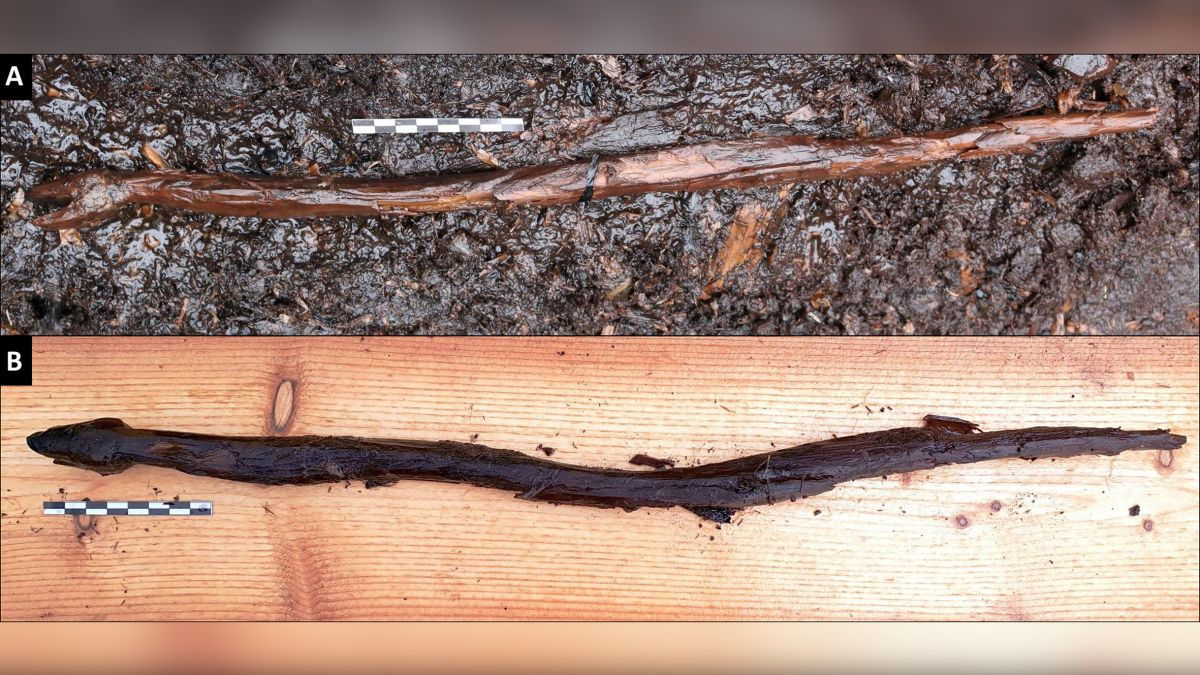 The possible Shaman staff. Photograph by S. Koivisto.
(click on the images to enlarge)

Excavations at the wetland site of Järvensuo 1, Finland (see location) in 2020 produced a delicately carved wooden snake figurine in a horizontal position in peat overlying gyttja at a depth of approximately 0.6m. The figurine lay on its right side, and it is uncertain if it was lost, discarded or deliberately deposited in the lakeside vegetation.

The figurine has been carved from a single piece of wood (species as yet unidentified) and is 535mm long and 25–30mm in width. The neck is narrow and the body has two carved bends and tapers to a tail. The head has an open mouth and is slightly raised. The figurine is very naturalistic and resembles a grass snake (Natrix natrix) or a European adder (Vipera berus).

The significance of the Järvensuo figurine

It is difficult to be certain of the significance of this figurine, especially as the nature of the site is not yet fully understood. Large numbers of fishing-related artefacts at Järvensuo suggest economic activities, which may have been linked to some king of ritual use of the lakeshore.

It is not known if the figurine was a free-standing sculpture, or a staff. In either case a number of interpretations are possible, although it does seem likely that the object had some ritual significance.

Snakes have considerable symbolic meanings Finno-Ugric and Sámi cosmology, and shamans were believed to be able to transform into snakes. The Land of the Dead was believed to lie underwater which may be of significance given the wetland setting of the site. 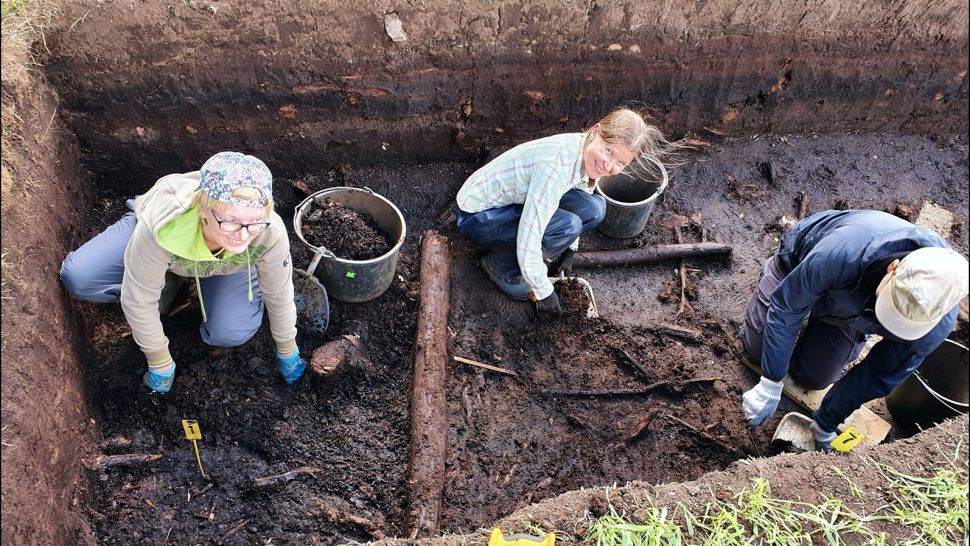 Fieldwork in progress in 2020 (photograph by S. Koivisto).

Detail of the head profile (photograph by S. Koivisto).