The Gundestrup Cauldron is the largest known example of European Iron Age silverwork. It is 69 cm in diameter and 42 cm in height, and weighs almost 9 kg. It has been dated to the period c. 130 B.C. to 1 B.C., (Grewenig, 2010, p. 268) which places it in the La Tène culture. The cauldron is made up from 13 separate plates – 5 long rectangular plates that form the interior; 7 short rectangular plates that form the exterior; and one round base plate, together with the shallow, curved, undecorated base.

The cauldron was found by peat cutters working in a small peat bog called Rævemose, at Gundestrup, on May 28, 1891. When found, it was in a dismantled state with the various plates, together with two fragments of tubing placed inside the shallow base.

There are many unsolved problems with the cauldron, not least where it was made. There is also considerable discussion over the various scenes depicted on the vessel. 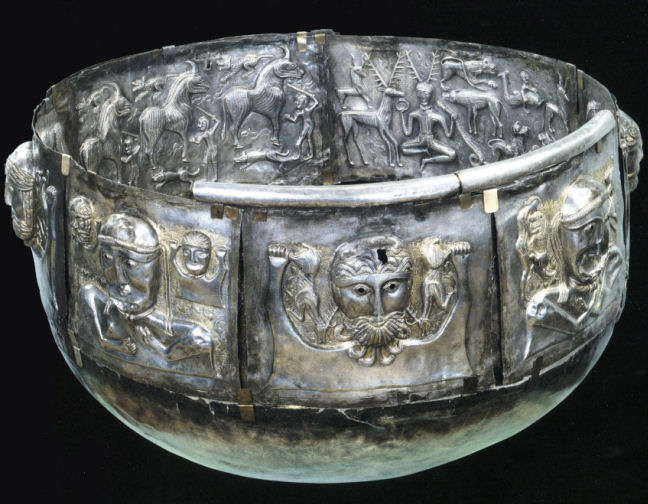 The Gundestrup Cauldron
(click on the images to enlarge) 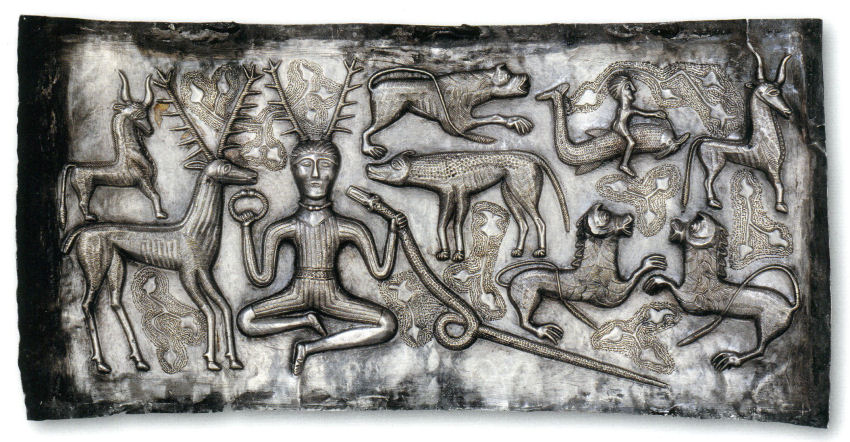 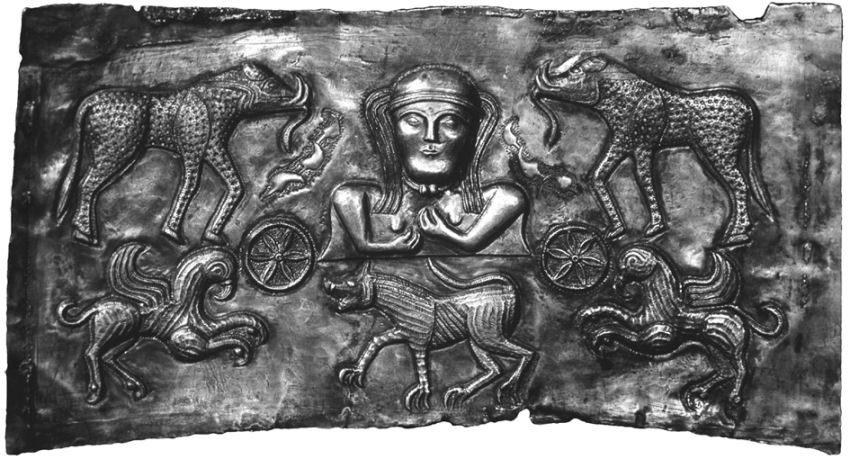 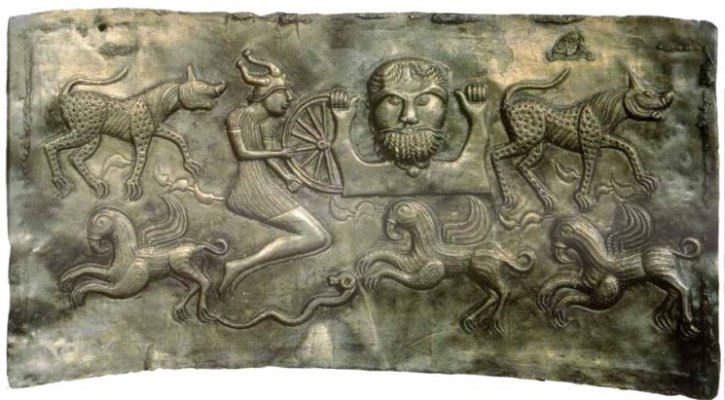 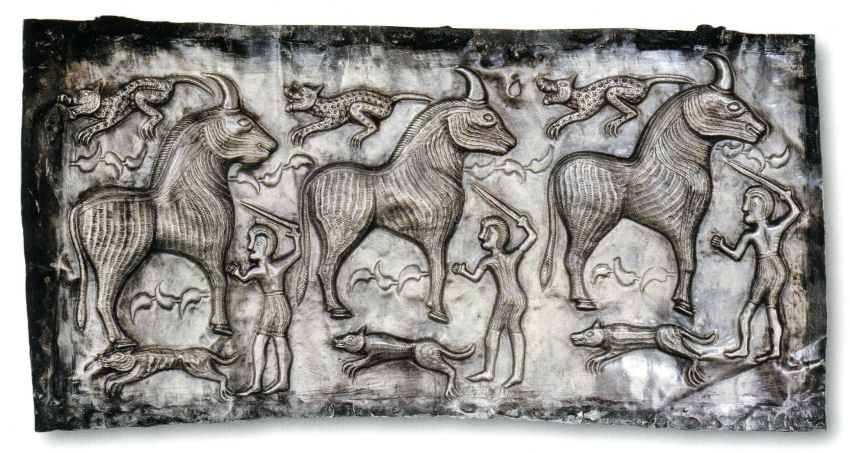 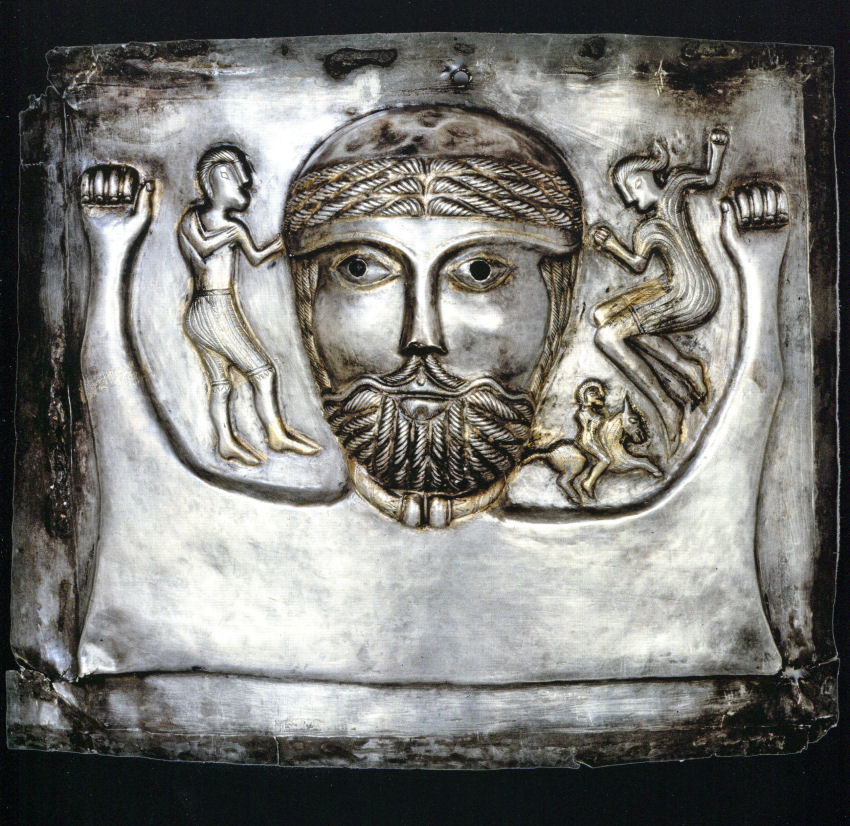 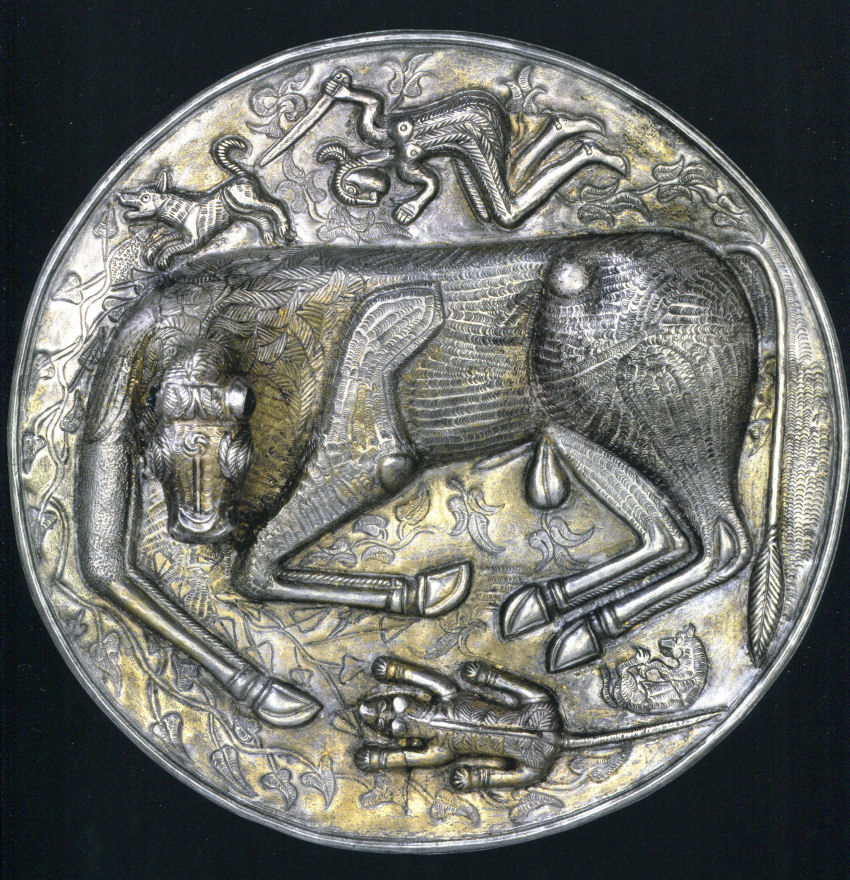