One of the largest archaeological findings of extinct humans was in the Rising Star Cave System in South Africa. According to Smithsonian, over 1,550 fossils representing 15 individual humans were recovered from the cave’s Dinaledi chamber. This species was dubbed Homo naledi.

Naledi lived from approximately 335,000 to 236,000 years ago. Curiously, naledi has many shared traits with Australopithecines, such as the pelvis and shoulder. These are mixed with human traits, such as its hands and feet. More intriguing is the brain. While Homo naledi’s brain size was small, being reported by Arstechnica at no larger than 600 cubic centimeters, it was structured and shaped like a modern human brain. What his indicates is that brain size may not matter as much as how it is organized.

There are many unanswered questions about naledi. The Australian Museum details that there is no evidence of them using tools or fire. Neither it is unclear what they ate, though marks on teeth suggest much erosion by grit. Also unresolved is Homo naledi’s relative place in the human genus. Did naledi exist by itself for millions of years unchanged? Is it an offshoot of Homo erectus or is it related to modern humans? If answers are to be found, they are still buried in the ground. 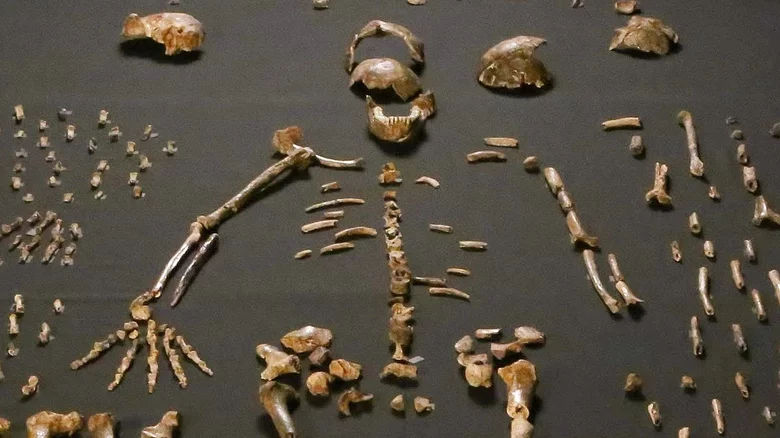