The most well-known of all extinct humans is Homo Neanderthalensis, known popularly as Neanderthals (sometimes spelled Neandertals). These are usually considered stereotypical “cavemen.” According to Britannica, Neanderthals first came on the scene about 200,000 years ago and lived until as recently as 24,000 years ago.

The Smithsonian explains that Neanderthals are probably the closest extinct relative to modern humans. Neanderthals were smaller than modern humans, with males being about 5 feet, 5 inches tall at 143 pounds and females 5 feet, 1 inch tall at 119 pounds. However, they were more robustly built, stronger, and had prominent noses. All of these were adaptations for the cold since Neanderthals lived from Western Europe to Central Asia during the Ice Ages. To cope with these conditions, they had a slate of advanced weapons and tools for hunting, gathering, and making clothes and shelter. This intelligence is reflected in their brain size, which according to Discover Magazine was about 1,410 cubic centimeters — larger than modern human brains. Neanderthals also displayed culture, through what appears to be formal burials, evidence of spiritual beliefs, and even possibly musical instruments. Archaeologists found what is possibly a flute at a Neanderthal dig site. 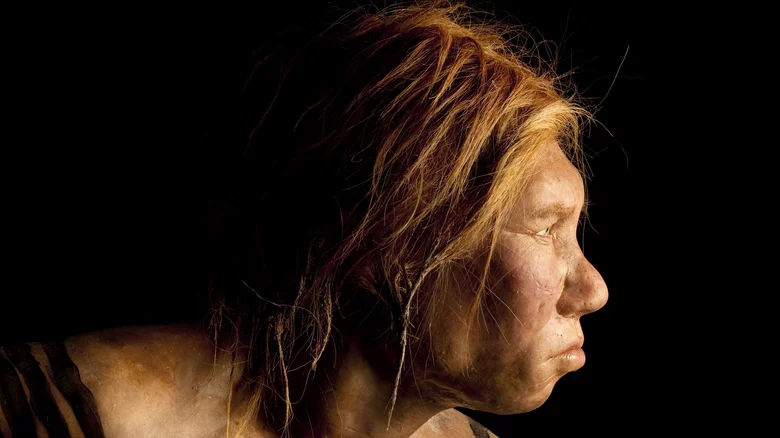