While strictly speaking not of the genus Homo, Australopithecus represents the immediate ancestors of humans. There were several Australophithecus species but perhaps the best known is Australopithecus afarensis, which lived, according to London’s Natural History Museum, between 3.7 to 3 million years ago. This fame is related to the discovery of an Australopithecus afarensis skeleton nicknamed Lucy in 1974. It was reportedly named after the Beatles song “Lucy in the Sky with Diamonds.”

Afarensis were tiny. Their height ranged from between 3 feet, 2 inches to 5 feet, 5 inches with a weight of between 55 to 141 pounds. Notably, afarensis males were much larger than females. Afarensis had small brains too. A very large brained afarensis could have up to 550 cubic centimeters of gray matter. In comparison, Livescience explains that modern human brains average 1,274 and 1,131 cubic centimeters for males and females, respectively.

Afarensis lived in East Africa, with fossils having been found in Ethiopia, Tanzania, and Kenya. There, they lived a vegetarian lifestyle in trees and on the ground. While they could walk upright, they were not fully adapted for long-distance travel on two feet. Their faces were also more ape-like than human-like, with a forward jutting jaw.

When considering that afarensis lived for 700,000 years before going extinct, it is obvious to conclude that the species was a highly successful one. 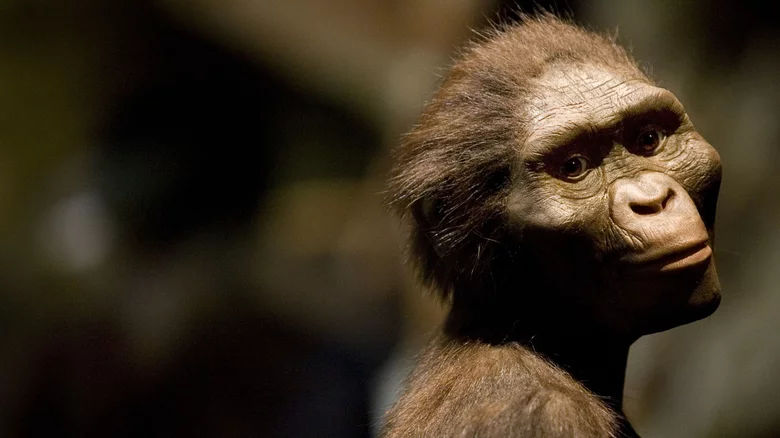